See the full power of our revenue maximization capability using your actual site, keywords and Google Analytics data. Our demo will give you actionable results.

Our values express who we are as a company. We believe our customers are the most important part of our business. If it is not in the customer’s best interest, than it is not in the company’s best interest. We believe in fostering imagination, you have to imagine it to achieve it. In providing an environment where individuals can excel and reach their dreams. We believe in a supportive and honest team environment that is founded on mutual respect. We have a passion for technology that harnesses automations’ ability to free people to achieve even greater goals. 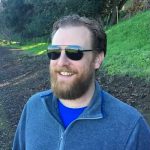 Matt has been involved in online startups since 1997. Initially, his focus was on enterprise database architecture. In 2003, at SHOP.com he developed an SEM bid management system. As head of customer acquisition for SHOP. com Matt oversaw $12MM in online marketing spend driving $26MM in gross revenue. In 2007, he ventured out on his own working with numerous ecommerce, B2B and Lead Gen sites. He started seeing that many of his clients were facing the same issues. In 2009, Matt gathered a team of engineers and began developing the on-page, revenue-driven SEO automation technology that is at the core of Revvim. In 2011, the company released its service. Matt has multiple patents-pending. His passions are building highly automated and scalable systems that leverage the best that both computers and humans have to offer.